The Ardrossan Community Development Trust are submitting an application for funding under the Scottish National Heritage “Plunge In! The Coasts and Waters Community Fund”. We will receive notification on this by the end of March 2020 with the project start date proposed as late Spring/Early Summer 2020.

The Trust will be facilitating a Community Engagement Event for Ardrossan proposed for late Spring/Early Summer 2020 and plan to have a few events including “Cinema Screen”; “The Big Gazebo” and other events where we consult with community and establish priorities they would like the Trust to deliver for the Town.

As part of this we would like to leave at least one legacy from this event, and we’d like that to be a deckchair project. 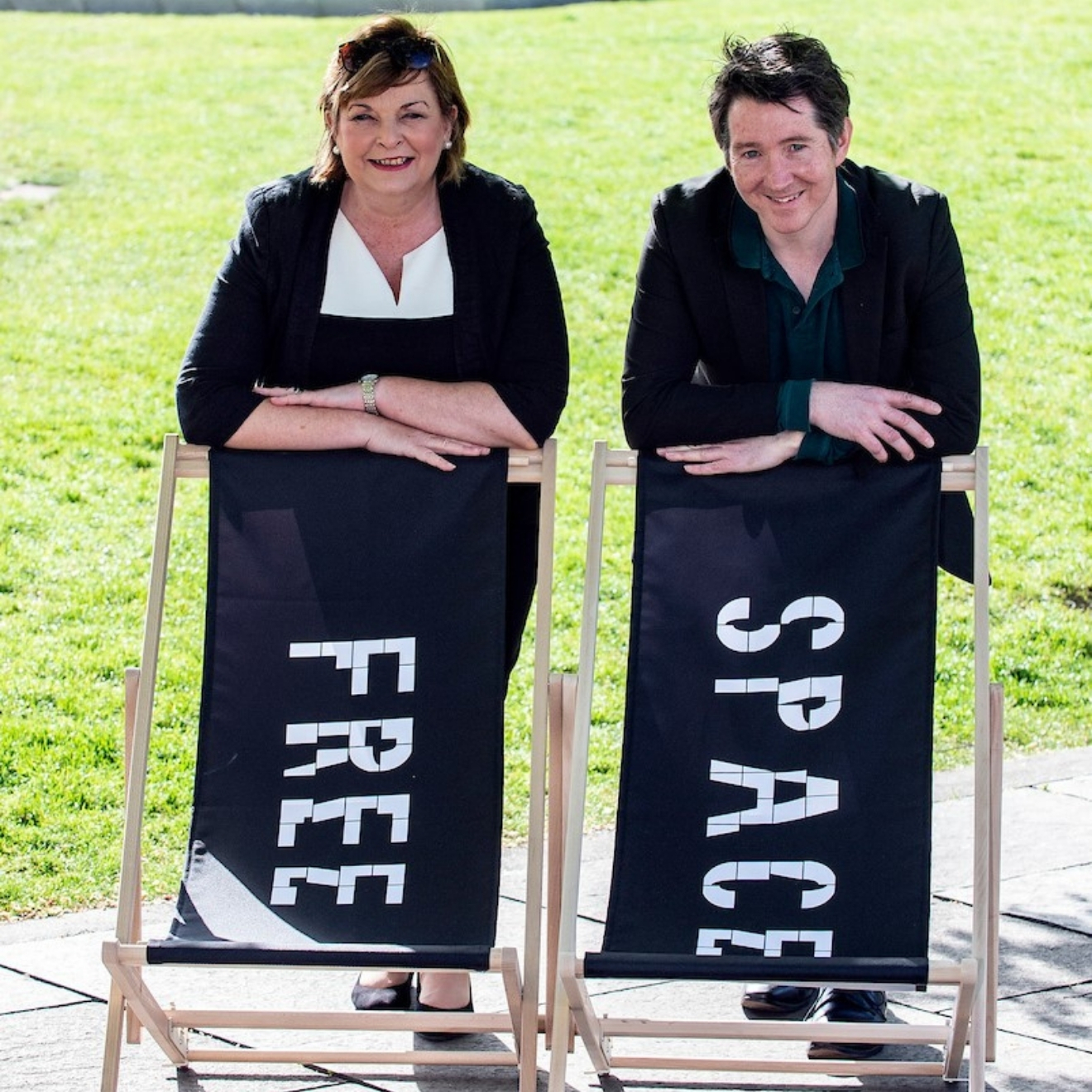 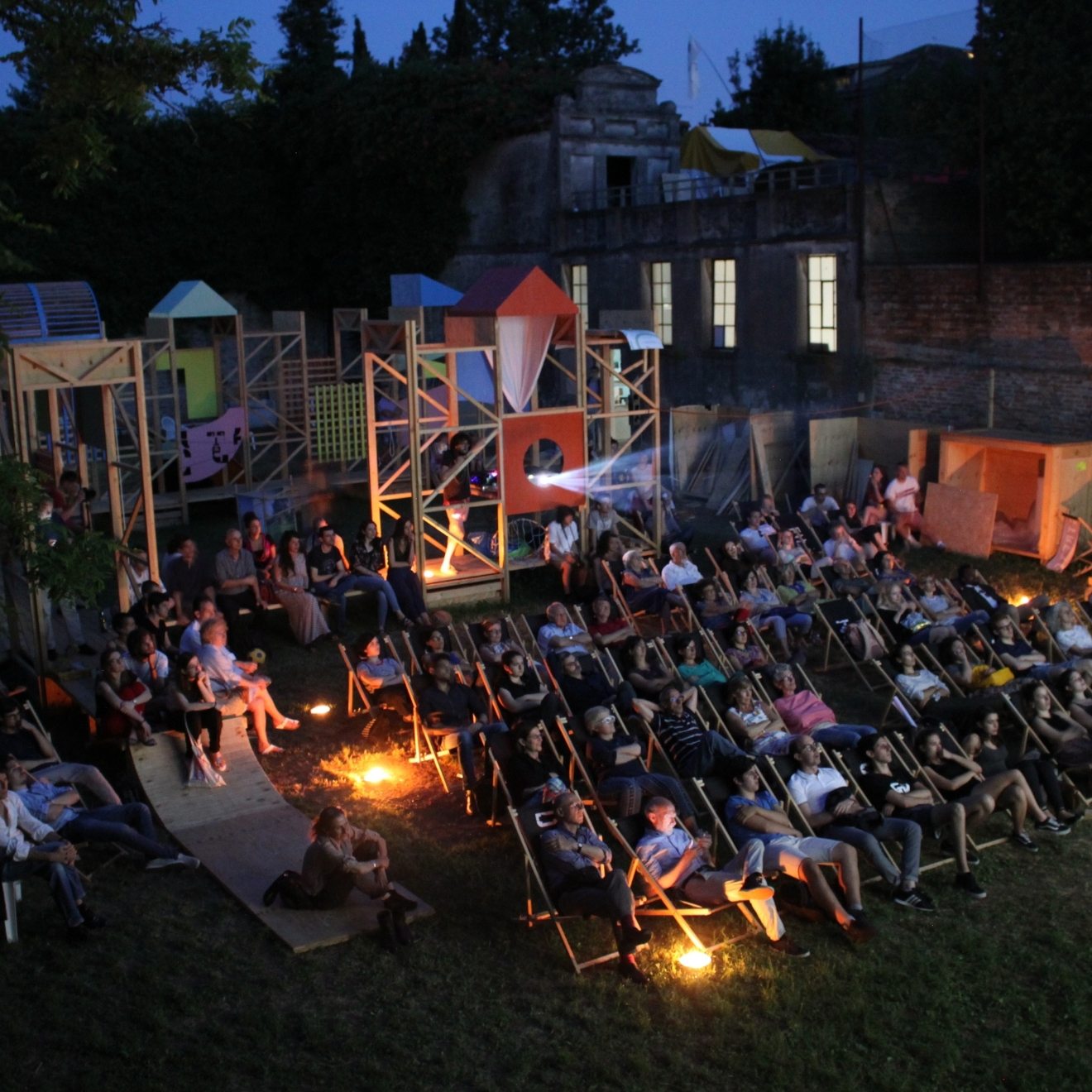 An artist’s edition of 100 deckchair/artworks will be designed as bespoke seating, with the canvas of each deckchair specially created with colour, pattern, image, and/or text that will be specifically relevant to Ardrossan and the South Beach base for these chairs.

In this respect, the deckchair project will be used as an engagement tool, whereby the schools and the local community will be invited to participate in a series of workshops to generate the words, phrases, images and overall colour for the chairs.

As a direct response to the Coastal Waters Application, the workshops will also include a focus on learning more about our waters and coasts, and indeed how to look after them.

How Will It Help?

The deckchair project will thus support school children in learning more about our coasts and waters, and their learning will be shared with residents and visitors when they visit South Beach and use the deckchair artworks.

The chairs will contain key ideas and provocations on ideas and actions to help our coasts and waters, including being more resilient to climate change, thereby bringing about positive changes in resident and visitor.

By working with school children and local people in this way, we will have raised questions, focussed ideas and made physical the responses (for example text and powerful aphorisms or great quotes on the deckchairs), that will help develop ways of thinking and sharing as a key skill to complement the variety of ways that help us look after our coasts and waters. 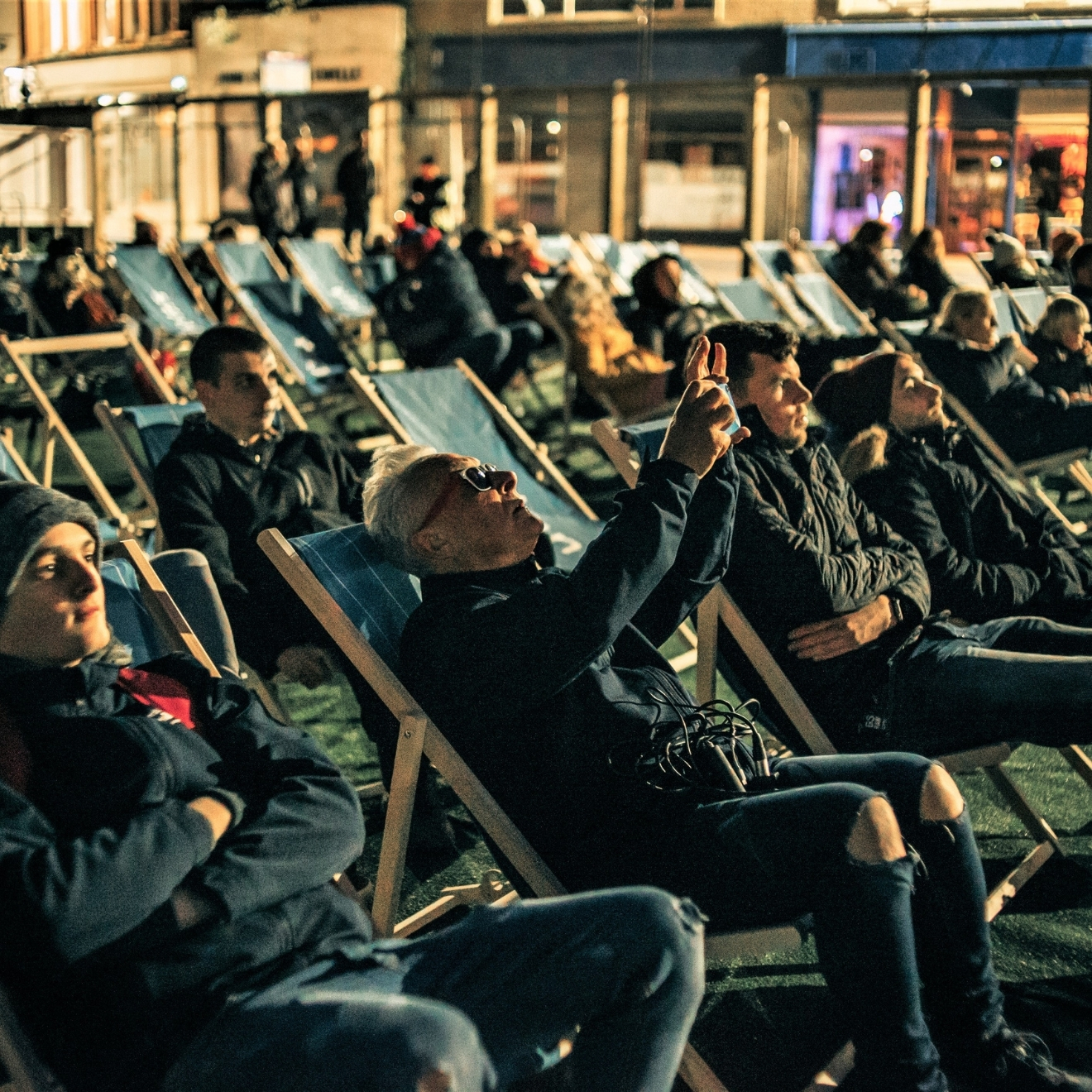 The 100 deckchair/artworks will therefore be a very powerful tool when gathered, and also in smaller groups, for example when arranged in a circle they suggest discussion; or in two’s they suggest debate; or in rows for an event. They will become an ongoing resource that can be used by local people, and by visitors to Ardrossan South Beach, and can also be used regularly at community events such as an Outdoor Film Screening or a Big Gazebo Day or the local Gala Day.

In previous projects, in Venice in 2018 and in Ayr in 2019, these artworks were a fantastic tool and supported other great events from Outdoor Cinema to kids’ exercise workshops, where individual chairs were used as a prompt to action. Therefore, access to the deckchairs is a priority.

We are approaching the shipping container as an artwork that will become a community resource across organisations, ‘A Space to Share’, both in terms of what it stores inside but also in terms of how its physical form outside can be used to hold content. The container would be fitted out with electrics, and the external faces of the container will be faced with Dibond, (the commercial material used to carry high quality images and graphics on building hoardings etc.). This will allow the container to be used for cinema projection and also externally to make it a giant canvas for art, which could include, for example, temporary drawing and painting workshops and other visualisations.

So, the container would be a cross-community resource for all groups to make use of but managed by ACDT. That is a good way to think of the deckchairs too, as a resource for all organisations that helps the South Beach retain and reclaim some of the activity it was famous for in its heyday.

We are happy, if it makes it easier to permission, to see this as an application for the container’s installation as a temporary installation, for example for 6 months in the first instance, to test its viability and allow all parties to review the success of the project and how the site works.

The Trust are looking at plans with the community and NAC to develop South Beach and make it an area for residents and visitors alike to stop, play and engage. The first of these is the proposed fully inclusive play park for the area. As far as we are aware, this would be a first for Scotland. Until these plans come to fruition, we would need somewhere the chairs can be stored and a container, especially as its available, seems the only option.

The plan is to engage with schools and the community in relation to the bespoke artwork that will be used on the chairs. We will then have 100 deck chairs produced that we will use as part of our engagement process. Rather than simply store these and use purely for the Trust, we’d like the community and visitors to Ardrossan South Beach to have access and use them.

To enable the ongoing use of the chairs on South Beach in Ardrossan we would need somewhere to store them. NAC have agreed the Trust can have a container they currently have sited at the former Hazeldene project in Kilwinning. The size is 6m x 2.4m and, given the lack of storage or facility at South Beach we’d like to site the container somewhere (ideally aside or behind current toilet block) at this location.

The container would be decorated and fitted out, with electrics added and become a piece of artwork for the shore front. By nature, containers are temporary and can be moved. The Trust are looking at plans with the community and NAC to develop South Beach and make it an area for residents and visitors alike to stop, play and engage. The first of these is the proposed fully inclusive play park for the area. As far as we are aware, this would be a first for Scotland. Until these plans come to fruition, we would need somewhere the chairs can be stored and a container, especially as its available, seems the only option.
Our funding application would allow for the container to be boarded externally to make it a giant canvas for art.

We plan on opening this up so to ensure all other Groups in the area can use it if required. It could be used as a massive projector; a magnet weekend/event and for displaying images. There are some samples of what can be achieved attached. There is also the option to surround it in wood cladding if that would be preferred.

The chairs would then be available to the community and visitors to use on the grassed area or on the beach itself. We do not intend on charging for use and want them to be enjoyed by all.

The support of NAC in achieving this goal is crucial and we would like the opportunity to discuss this with the Estates Team within the Council.

The video has Joe’s nephew and local resident Jim Smith telling the story of his Uncle Joe. Describing Joe’s life and his accomplishments.

Interspersed with images of Joe during his football career and his Army career, this video is just another way of showing that the community of Ardrossan has a rich tapestry of characters, achievements and history that may not have been discovered or may have been lost for future generations to learn about and be proud of. 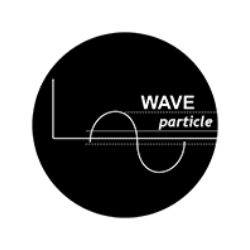 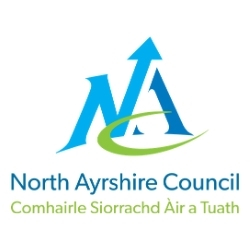 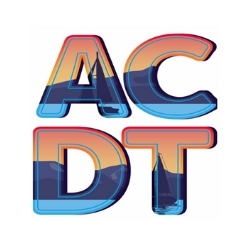 Your Town, Your Voice, Your Vote

Become a member of the Adrossan Community Development Trust Today and help shape a better Ardrossan.

Become A Member
Connect With Us

Follow our Social Media accounts and join the conversation about your local area.

Do you have questions about this project?

Contact us with any questions, suggestions or project queries

Keep up to date with all of the exciting Community Development Trust project news, developments and plans for Ardrossan.